Stepping into your future self

I remember around 6 or 7 years ago, back in the early days of what a bunch of us called ‘Rajanaka Summer camp’, I was in a funk. This was a deep funk so blinding I couldn’t see at all the glory of our verdant surroundings or begin to hear the mystical and rich teachings from Douglas’ lips to our ears. And this was like, day 1 of the retreat. It was a bad funk alright.  What transpired was a talk in the basement, surrounded by books and papers and sanskrit… and bikes. Lots and lots of bikes hanging from the ceiling, in this old rustic house, where my teacher would host these special retreats. So down to the basement he and I went, to have a talk.

It was in this conversation I kinda got yelled at. Well, that’s definitely how I remember it. It had fatherly-parental tones, along with the warmth an old friend who cares about you enough to talk you out of something. And he did. He talked me out of my funk.  I went upstairs, sat for seminar, and then got up to help in the kitchen to do my seva.  I was fine. Calm, settled, felt connected to others again. As I was washing dishes my teacher came up to me at the sink and said “you’re amazing, you know that? That was fast”. And he walked away. In perfect Yoda form, he walked away.  I hadn’t even realized how quickly I moved from one state to the next.

I struggle with my funks. They’re hard to love, but they’re an integral part of who I am.  Depression is something I’ve experienced my whole life. I’m an intense person with complexities like anyone else, but I know that when I go down, I go down.  Yoga has become my ultimate funk-fighter, and I don’t just mean asana. I’ve got an arsenal of things I use to fight the funk, meditation being the most recent addition and panacea. Most of the time they work, and I’m getting way better at catching it before it goes way deep, and I’ve learned that all these aspects of yoga help me step into my future self.

That future self is simply that calm place when I’m past the funk, standing at the sink, serving myself to the world and the community out of love. That’s me being who I am deeply, and truly. Its a fine place to be and one I’m quite comfortable in. Just as comfortable as the funky place.

The Brooklyn Museum is featuring a great exhibit now, called ‘Vishnu: Hinduism’s Blue-Skinned Savior” and its quite lovely. Vishnu is one of the great triad of deity that make up the foundation of Hindu thought and myth. As the one who keeps things in order, Vishnu manifests as ten different avatars when they are needed to create harmony in the world. He is us, when we need to make things right.

Of the ten avatars the one I’m most intrigued by is Kalki, and the one I’ve heard least about. The others (Matsya, Kurma, Varaha, Narasimha, Vamana, Parashurama, Rama, Krishna, and Buddha)we study in yoga text and mythic culture. Rama, Krishna and Buddha each have such great stories and meaning that they’ve become widely worshiped and singled out.  But Kalki, he’s unique for he’s the avatar of the future.

Kalki is known as the maha avatar, the great incarnation, whose arrival will heralded at the end of the Kali Yuga where we are now. It’s basically the idea that he’ll show up when the shit really hits the fan (as if it’s not bad enough, sometimes I think), when the world is plunged into such darkness and confusion that only Vishnu manifesting as this form could bring balance again. The imagery of Kalki is equally fascinating, of a man looking large-and-in-charge, riding a white horse, carrying a flaming sword, bow and arrow, discus, and conch shell. Sorta reminds me of the classic mythic version of the White Knight coming to save the girl.

I interpret avatars of Vishnu not as descending manifestations of the Divine in the material world, but as ascending qualities of our own hearts and wisdom. Kalki then is the highest form of your own abilities to kick your demons to the side, once and for all. Since we are evolving beings we go through this time and time again. Face a demon, and vanquish it. Or not, and stay in the turmoil of the funk.
Can you talk yourself out of a funk? Not sure. I try, and often I do. What’s helping me is remembering my future self is always present, as my present self. Kalki is living inside at all times, fully armed to cope with whatever travesties and difficulties arise.

Then there’s also the voice of a good friend, willing to talk you out of it too. So grateful. 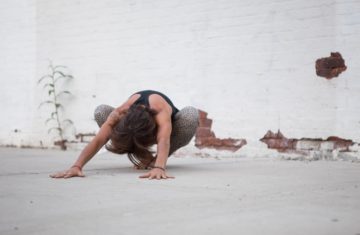 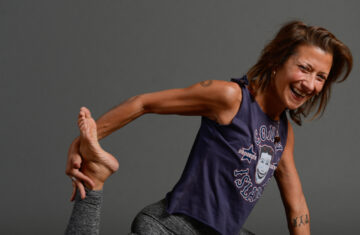 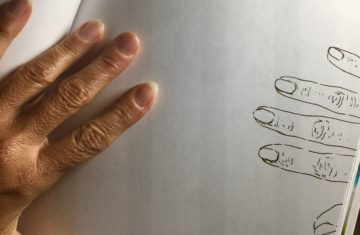